In July 2008 Anita was drug raped. She was granted legal aid for a police complaint and a judicial review (a legal challenge to a decision). As you read Anita’s story, please remember that her solicitor has said that under the new rules for judicial reviews, she would not have been able to take on Anita’s case. But those rules are being challenged by some MPs, so if you want people like Anita to keep getting help, please go to the Take Action page.

In July 2008, Anita had already overcome difficult times, having left her abusive partner, and was raising four young boys on her own.  By July 2008 though, she had set up her own business and in fact, the day she was raped, she was out celebrating having taken on 4 new members of staff.

Anita was having her second (and last) drink of the night, when something was slipped into it. After a few sips she started feeling odd and like she had lost all co-ordination. She says it didn’t feel anything like being drunk. From that point Anita’s memories, like that of most victims of drug rape, are hazy. What she does remember is the horror of becoming conscious in her bed and realising that she was being raped, but unable to move or call out due to the effect of the drug. She was raped while her children slept in the rooms next door to her: she says she felt “very, very vulnerable” and more scared than she ever had in her life. Unable to move or call out, she did not know what else he might do to her, or to her family.

The impact of the rape was profound. Anita stopped going out. She went from being a happy, positive person, to becoming someone who would get angry and upset easily. Her whole world and world view changed, and she became frightened and introverted. But she tried to hold everything together, and pretend to be normal for the sake of her family. She describes it as going into “mum mode,” when all she wanted to do was lay on the floor and die. 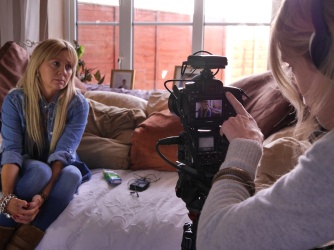 Anita reported the matter to the police. A few months later she was told that the police would not be pursuing the matter. Anita complained, as she was certain the police had not investigated the rape properly. She was sure that they did not believe her. She was eventually sent a report confirming her fears; the investigating officer had limited experience and was not properly supervised. As a result 14 separate lines of investigation had not been undertaken. The police publically apologised to Anita and the investigation was re-opened. However this was several years down the line and it was too late as much of the evidence was no longer available.

Anita applied for criminal injuries compensation (CIC). She asked the police to help her complete the form, but they took many months to return it, by which stage it was too late to apply. Anita’s application was rejected as being out of time. It meant the compensation authority would not even look at her documents, and would not listen to what happened to her.

Anita wanted to challenge this, not for the money, but for vindication. Like many victims of rape, CIC has little to do with money, it is about being believed. This was made worse because the police had again let her down by returning the form too late. She wanted the compensation authority to listen to what she had been through and what she had lost as a result. The only way to be heard was using the law.

It was around this time that Anita decided she needed help from a solicitor. She had been trying to do everything alone, and it was too much to argue with the police and the compensation authority and navigate the rules all on her own, at the same time as trying to deal with her motions and raise her children. She also needed legal aid. She had lost her business by this time, unable to work, in part, as a result of the trauma caused by the rape. She could not afford to pay for a lawyer. Anita called 87 solicitors before she found one who could help her.

Using legal aid, her lawyer made a further complaint about the police having failed to return her compensation form in time. It was upheld and Anita received another apology. That was then used to explain why, in part, her application for compensation was late. But that was not enough and she was still refused. 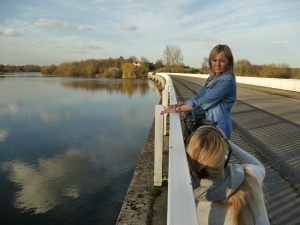 So using legal aid she judicially reviewed the decision not to extend time to consider her application. She won. She was so shocked at finally being believed, that she had to be told repeatedly that she had won. Further, as part of the case she also had an assessment conducted by a psychologist, something her GP had been unable to get for her. For the first time, she finally had a diagnosis of post traumatic stress disorder. With that report, Anita can now seek help to recover from what she has been through. And finally, Anita has been listened to. The battle is not yet over, she is still waiting for a decision on compensation, but now she at least has a chance to be heard.

As Anita says about legal aid: “That’s my right as a human being. I should be heard. I shouldn’t be just put to one side, I don’t matter, it’s my life.”